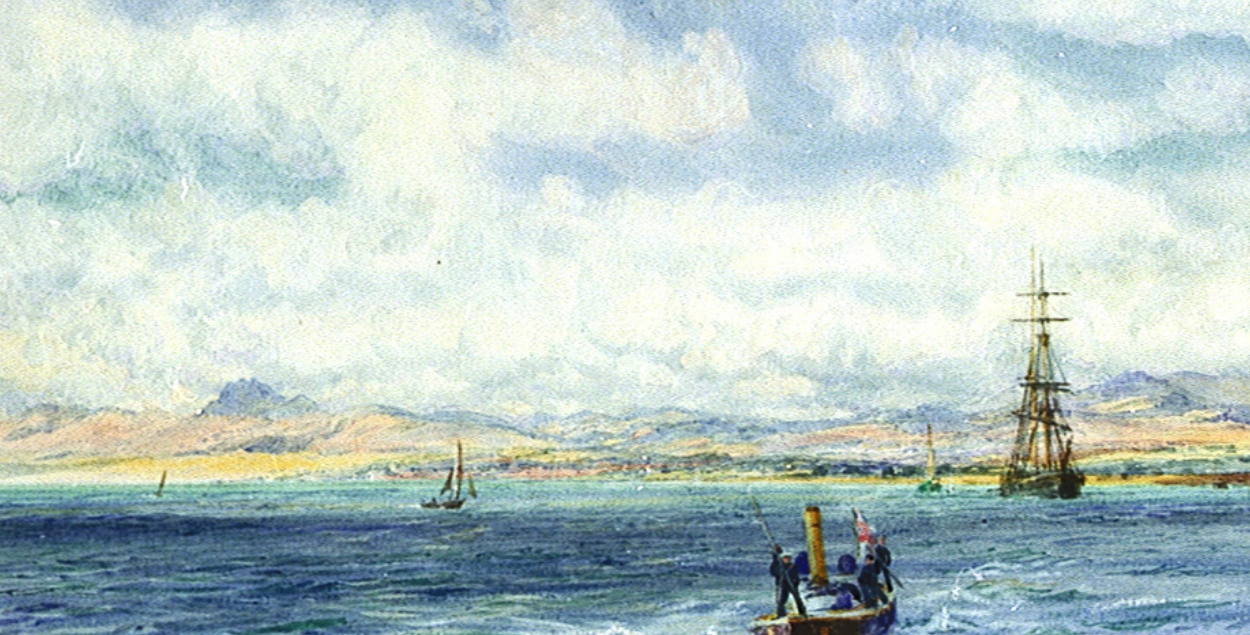 On 16 June Damien Helly spoke at the Naples Conference of the Ministers of Culture of the Mediterranean. In their panel, speakers exchanged ideas on the best ways to foster innovation and sustainability, increase cross-border and regional cooperation, and ensure long-standing partnerships to consolidate socio-economic Resilience of the Cultural and Creative sectors in the Southern Partnership Region.

The first word that comes to mind to describe the new environment we are now operating in is “conflict”. The Russian aggression against Ukraine has impacted international affairs in such a way that cultural relations are severely shaken up, in addition to the impact of Covid-19.  While the pandemic had increased forced distanciation between societies around the Mediterranean, the new European war has created new dividing lines. The EU has been looking for allies and supporters for Ukraine; yet a number of governments and public opinions in North Africa, Machrek and Turkey have expressed doubts, non-alignment or disagreement on the conflict. In such a context, the new challenge is to keep trust-building bridges open and accessible.

Second question: we are facing a failing multilateralism in the region because of new (Ukraine) and old conflicts (Israrel-Palestine, Libya, Sahel, Turkey-Greece) and tensions (migration). Recent talks around a Middle-East NATO (including Israel) and meetings between the leaders of Russia, Turkey and Iran show new geopolitical dynamics that will impact perceptions and societies’ appetite for creativity. In Iran, the recent arrests of multi-awarded film directors Mohamed Rassulof and Jafar Panahi is a warning signal for the Mediterranean societies and governments: will they still work to maintain mutual curiosity and openness and will the Naples Declaration be enough?

Those who care for cultural relations in the Mediterranean will be well advised to give themselves quantified success indicators in priority fields: contribution of cultural action to the SDGs (through climate change mitigation and adaptation, employment, social well-being and partnerships) should be measured against baselines to demonstrate impact. Cultural initiatives can also help to tackle the digital divide. The results dashboard developed by the Tfanen – Tunisie créative programme is an interesting example of such efforts to document SDG-related achievements; there have been many other examples of monitoring and evaluation led by Mediterranean organisations (AFAC, Al Mawred, etc.) and their partners in the region.

Achieving sustainable results for societies’ resilience and creative openness will be possible if Mediterranean diasporas are involved, with professionals who can play a bridging role across the sea and borders to reinvigorate intercultural exchanges. Hundreds of diaspora organisations and individuals are already working hard to develop cultural development in the region. They can be further supported. Entrepreneurs, bankers and skilled employees, artists and managers can all play their part if they are supported financially (for instance via new EU guarantee funds for loans) and encouraged by Mediterranean governments and institutions.

If the political will is there, governments and private donors will have to invest massively in post-Covid cross-Mediterranean mobility favouring face-to-face and climate-aware long-term stays, residencies and exchanges, to revive cultural ties and support. The most successful artistic or innovation initiatives are often the results of professional mobility and new encounters. The example of Tfanen Takwin (Tfanen Academy), the pilot euro-Tunisian cultural professionalisation scheme has demonstrated the added-value of pooling Mediterranean resources for life-changing creative professional experiences, despite Covid and despite Visa application nightmerish processes. With 100 000 euros per year, Mediterranean partners, if they want to, can rapidly transform the face and skills of their cultural leadership.

In terms of innovation, there are many opportunities and fields to test and inject new ideas, new methods and new technologies: large companies in the creative sector have to adapt to a rapidly changing post-Covid digital environment (for instance in the festival sector); governments’ cultural policies are faced with dynamic social media realities that go faster than state-led initiatives. There is evidence (for instance from the Tfanen Fonds d’Appui Structurant -Structuring Support Fund) that experiments to provide core-funding (instead of short-term project-related support) to leading cultural organisations have been a real resilience and growth booster for them.

When looking back at the last decades and years, it seems technical solutions to enhance cultural relations across the Mediterranean are pretty well known. New ones, to face new technological challenges, can also be found. Yet it will require various forms of opening: opening borders, allowing further exchanges, welcoming change and innovation, taking risks. Cultural leaders in the region are already engaged. They need support, in partnership with governments. When governments are not supportive, direct support to independent organisations and companies is the only way out to keep mutual curiosity alive.

Cultural relations & diplomacy Information sharing
Share:
We use cookies on our website to give you the most relevant experience by remembering your preferences and repeat visits. By clicking “Accept”, you consent to the use of all the cookies.
Privacy PolicyAccept
Manage consent