If you are interested in theatre, Festival d’Avignon (IN & OFF) is a must-go event offering a plethora of performances and filling around 140.000 seats each year with both professionals and non-professionals from various countries, while keeping its Francophone outlook.

In the former Popes’ capital,  the OFF organised a 3-day debate and workshop series, called Focus International, offering a moment to reflect on the cultural sector’s internationalisation (focusing mostly on performing arts and French speaking professionals).

On 13 July 2020 culture Solutions was invited to moderate the round table “International cultural policies: How do institutions create frameworks conducive to developing cultural projects?” with the aim to investigate and question the capacity of public authorities at a regional, national and international level to create «welcoming spaces» that support the international development of artistic and cultural projects.

It was the first time Avignon OFF put international cultural relations on the agenda of its debates. culture Solutions was part of it

Pierre Beffeyte, artistic director of the OFF, introduced the round table by saying this was the first time that the OFF raised international as a topic of debate. I moderated the event on behalf of culture Solutions. The panel itself consisted of seven participants, representing public authorities, international organisations at arm’s length of government, and arts professionals active at a transnational level: 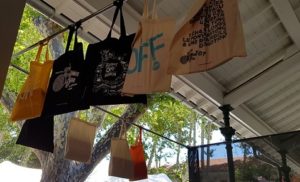 A quick survey gave us information about the audience: a mix of around 50 practitioners and arts managers, with only a few who were directly involved in cultural policy, all from Europe, most of them had one place of residency, had already been multiple times to the Avignon festival and had a preference for the OFF over the IN.

The lively exchanges that took place during the round table showed how diverse and complementary existing support for projects and organisations with an international ambition are, ranging from providing funding, advice on funding opportunities to co-partnering in projects and taking on an agent’s role, on a regional, national, bilateral and European level. At the same time, they reflect the difficulty to grasp the complexity of different governmental levels and the role they have in the international cultural ecosystem. Moreover, the funding of one given project often relies on several funding mechanisms that, instead of being fully complementary, actually depend on one another. At the end of the day, this puts higher and higher demand on already tight cultural budgets.

The round table also laid bare the necessity for project leaders to develop a strategic vision (clarity in objectives, added value and self-awareness) and to engage in a collaborative approach to be able to implement one’s international project.

Under which conditions can practitioners and arts managers influence policies supporting the internationalisation of the cultural sector?

Remarks from the audience revealed a critical questioning of the panel selection in terms of their independence, being reproached for seeming direct spokespersons of the government (although in reality only one panel member could be described as a direct representative of public authority). Other questions from the audience pointed towards a concern about realistic accessibility of these international funding programmes for artists themselves, especially since more long-standing national and regional support for the arts are more and more difficult to obtain.

This raised the question of the conditions under which practitioners and arts managers can influence policies supporting the internationalisation of the cultural sector. One to make this happen may to encourage cultural practitioners and arts managers to consider themselves as stakeholders taking part in the performing arts’ policy ecosystem. Thereby, more conscious participation in policy design and consultations on the future of the cultural sector would happen. Personally, I know the cultural sector from both the practitioner’s side as well as the (international) policy side and I am convinced of the importance of this approach. culture Solutions‘ work to open neutral space for dialogue is one way to encourage wider sector participation in international cultural policy making and the Avignon round table was a first step in this direction. 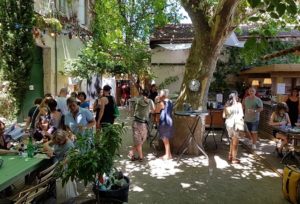