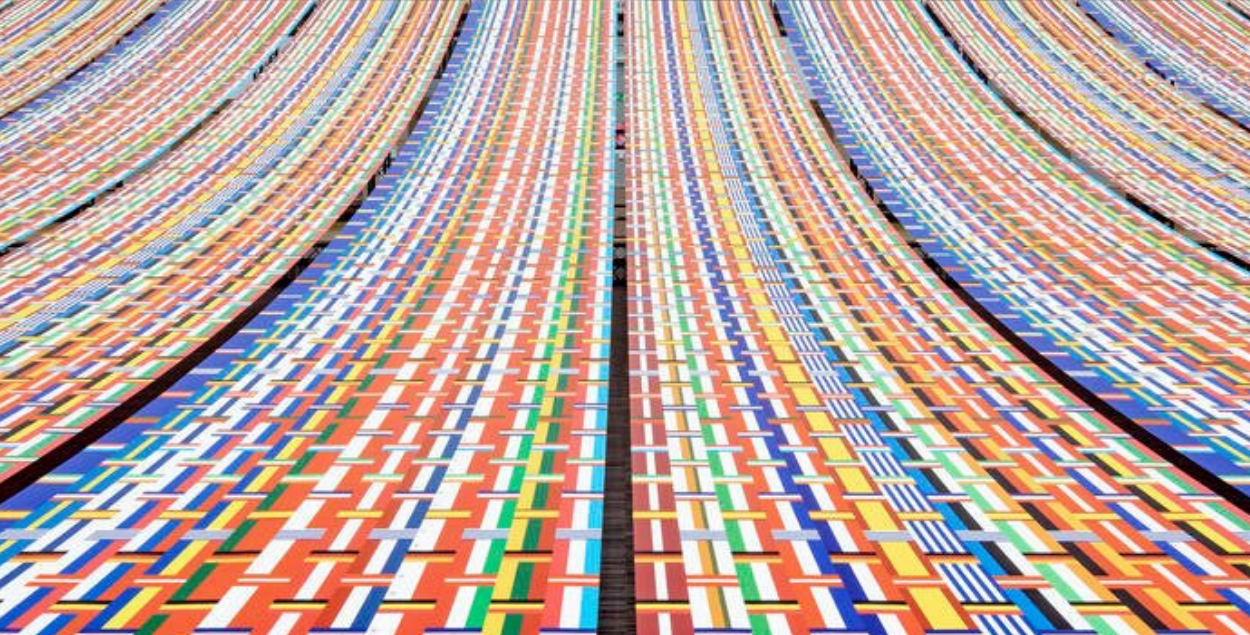 By Pablo Barrios and Gabrielle Bernoville, with Damien Helly

“Recovery, Power and Belonging”. Until June 2022 France will lead the rotating presidency of the Council of the EU, for the first time since the instauration of the Lisbon Treaty. The external cultural agenda of Paris’ presidency is a balancing act between its New Roadmap to influence and revisited EU International Cultural Relations. This blog post aspires to decode the ins-and-outs of the French presidency.

The EU2022FR raised expectations in terms of political impulses in the field of the culture and creative industries. Culture is a core component of French diplomacy, historically intertwined – and galvanized – by fierce competition with neighboring powers [1]. Both as an instrument to enhanced a sustainable growth and feelings of belonging, culture is an area of strategic development for the EU [2], within and beyond its borders. In 2022, France takes an oath of European power, developing the formula of l’Europe Puissance:

“France and other European countries are now mentally ready to think in power terms: (…): looking at Europe’s role in the world without breaking internal reconciliation, combining the return of power with the maintenance of European cooperation”. (Clément Beaune)

This statement by Clément Beaune echoes the European Commission’s calls for a “language of power”. France’s investment in culture is eminently geopolitical, with strategic cultural independence (and new shapes of “cultural exception”) placed at the core of its presidency agenda. To what extent does the scope of French cultural priorities herald new opportunities for EU international cultural relations?

Although culture, featured preeminently in the presidency roadmap and ambitious cultural agenda, the 6 cultural priorities of the #EU2022FR somehow expresses an ambiguous alignment with the EU international cultural affairs agenda. Applying the tryptic Recovery – Power – Belonging to the EU2022FR’s 6 priorities, these can be divided as it follows.

Paris is expected to shepherd negotiations to conduct a strategic response to bolster artistic creation. The pandemic raised the need to ensure fair and inclusive access to culture and the EU recently made major headway to support Culture, with an unprecedented Multiannual budget for Europe Creative Programme. This momentum, coupled with Cultural organisations’ noteworthy advocacy, would admittedly trigger new impetus to creation and embolden the French Presidency.

In spite of potential geopolitical pitfalls, Europe’s sovereignty and its two sister flagship directives; the Digital Market Act and the Digital Service Act, may feature among Paris’s success stories. Flagship of France’ domestic digital and foreign policies, the topic of European Cultural independence and competitiveness is earmarked among all cultural sectors, from audiovisual to book sector. Moreover, taking stock of the union’s democratic future, Paris seeks to relaunch the political debate on  media plurality and information, as part of priorities for the audiovisual sectors.

France’s long history in leveraging culture to build its agency worldwide [3], translates into a series of priorities intending to renew trust in the European Cultural Model and Diversity [4]. France articulates cultural heritage with conflict prevention, outlining innovative ways to combat illicit trafficking of cultural artefacts, and convening the 2nd donors conference of ALIPH in Paris. Mitigating risks weighting on heritage internationally, Paris looks into the culture-climate nexus and ways to comprehensively protect cultural heritage. Finally, the French Presidency pursues its endeavour on multilingualism and linguistic diversity, with France chairing an OMC Group of Member States’ experts on this matter.

“But let there be no mistake: in this field as in so many others, the horizon of our diplomacy is fundamentally European”.

Despite France Foreign Affairs Minister’s assurance, it is uncertain how the French Presidency will manage to harmoniously combine the mutuality-based mindset of EU international European Cultural Relations with Paris’ quest for renewed national soft power, once uploaded at the EU level. While European states collectively face new soft power struggles internationally, the EU2022FR has yet to articulate – perhaps at the occasion of the the EU senior officials meeting on culture – how the EU could invest more bluntly in EU international cultural relations, for instance building on recent EuropaNova and Elan for Europe’s report.

Themes such as Intercultural Dialogue, the cultural implications of migration policies and postcolonial memories still seem to be addressed by France mainly through a renewed national approach to its relations with Africa, with limited considerations for a boosted EU’s cultural agency (through increased EU international cultural relations budgets). The next months will show how the French Presidency of the EU will encompass other well-identified EU international cultural priorities (from freedom of expression and the arts to the role and future of the EUNIC network, the cultural dimensions of the EU Global Gateway, and the international components of the New European Bauhaus).