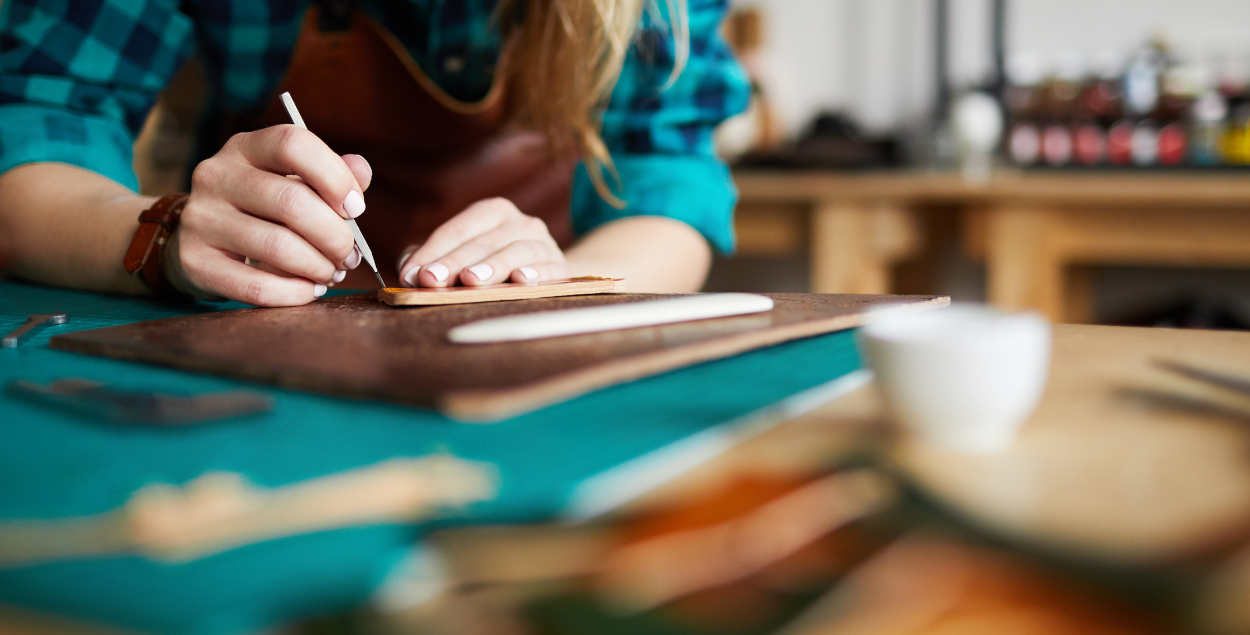 The culture Solution’s research team has recently addressed the importance of the private sector’s contribution to cultural diversity in its brief #10 and is now working on developing cultural sustainability metrics and guidelines. This blog post aims to present some highlights of this research. It focuses on how such contributions could be further encouraged and made more visible if non-financial reporting standards integrated a more comprehensive vision of sustainable development – a vision in line with recent international legal instruments, such as the 2001 Universal Declaration on Cultural Diversity and the 2005 UNESCO Convention on the Protection and Promotion of the Diversity of Cultural Expressions. The current revision of the EU Non-Financial Reporting Directive and the development of new EU sustainability reporting standards are an outstanding opportunity for progress in this sense and for allowing companies to better assess their performance with respect to cultural diversity.

Whereas cultural diversity is increasingly considered to be a fundamental dimension of sustainable development in international law, it is still extremely rare to find private companies that reflect cultural diversity into their sustainability strategies. The latter usually includes the respect of labour and social rights, as well as the protection of the environment and the fight against climate change, all the while mentioning some of the international treaties that regulate such objectives. On the other hand, when it comes to cultural diversity, companies seem to have more trouble understanding and incorporating international norms into their practice.

One of the likely reasons is that culture is a broad concept that can espouse a vast scope of concerns. For example, some companies do measure cultural diversity but only through the demographics of their employees. Other companies promote cultural diversity by sponsoring and hosting cultural exhibitions within the geographic areas of their operations. Some have established foundations that include culture among other areas of initiative. Another reason may be that UNESCO remains relatively unknown to the public and further work needs to be done to raise the private sector’s awareness of international norms on culture.

From a more practical perspective, a plausible explanation can be found in the lack of cultural concerns within the standards and metrics that private companies use to showcase non-financial corporate performance. In Europe, some of the most widely used standards include the Global Reporting Initiative (GRI) standards, the International Integrated Reporting Framework (IIRC), the Sustainability Accounting Standards Board (SASB), and the United Nations Global Compact standards, which are related to the Sustainable Development Goals (SDGs). Within such frameworks, culture is largely absent as a measure of sustainability.

It is quite logical that, if companies are not invited to bring a cultural standpoint to their sustainability strategies and cannot make their actions in this field visible to the public, they will lack the incentive to expand and elaborate on their potential contribution to cultural diversity. 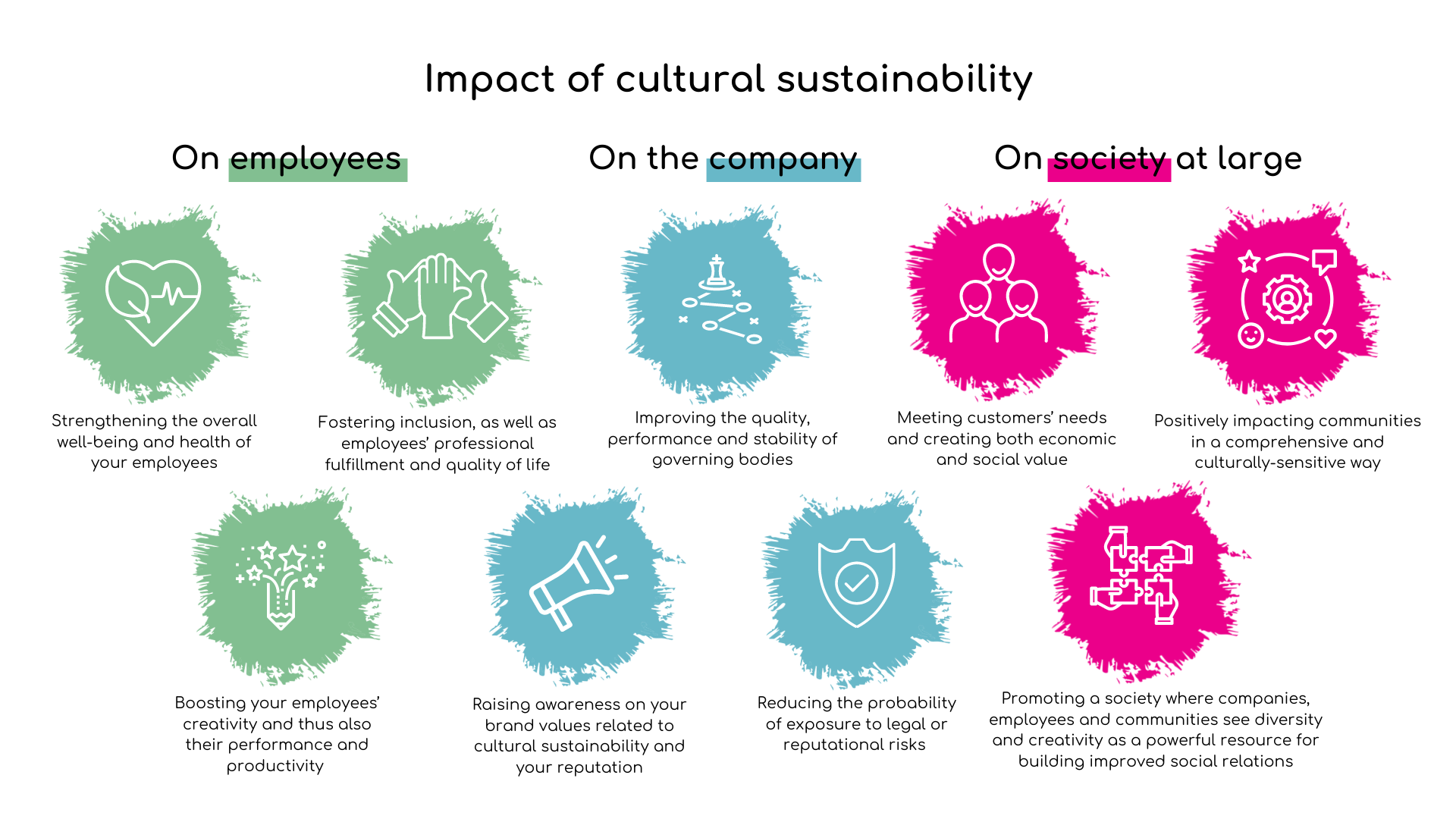 1. The EU Directive 2014/95 – also known as the Non-Financial Reporting Directive – is currently under review. This directive established rules on disclosure of non-financial and diversity information by large companies. Since 2018, these companies are obliged to disclose details on their actions concerning environmental protection, human rights, board diversity, social responsibility, treatment of employees and the fight against corruption. Such reporting obligations, which aim to help shareholders, policymakers, and customers to assess the performance of corporations in a world faced with increasing social and environmental challenges, should converge with recent international and EU strategies promoting the cultural dimension of sustainable development. Integrating culture into the EU’s policy on companies’ non-financial reporting could strengthen the visibility of cultural actions taken by the private sector.

2. In parallel, the International Business Council of the World Economic Forum (WEF) recently proposed, in a 2020 report, a harmonised reporting system for corporate non-financial performance. The progressive adoption of the World Economic Forum’s harmonised metrics – already endorsed in January 2021 by 61 CEOs of some of the world’s largest companies – should contribute to consistency and comparability in non-financial reporting. If these metrics are interpreted through a cultural lens and completed with additional metrics and guidelines that are attentive to the cultural dimension of sustainable development, they could become a fundamental tool in expanding the integration of culture in private sector sustainability strategies.

Engaging business on their contribution to cultural diversity

Greater accountability with respect to cultural aspects of a company’s activity should not be exclusive to companies acting in the cultural field (Richieri Hanania 2009: 383-386). In particular, the COVID-19 pandemic has heightened the urgent need to seek additional and innovative support for culture from all sectors. Reduced patronage and access to cultural sites and services have demonstrated challenges and vulnerabilities that are specific to the cultural sector.

Sustained cultural vitality will need the support and intervention of both institutional actors as well as various stakeholders of civil society, including the private sector.

The research brief identifies major corporations across the EU that acknowledge the role of culture as a pillar of sustainable development. Their actions for cultural sustainability include active patronages in favour of cultural events and exhibitions, financial support for artists, researchers and communities to promote cultural activities, as well as various philanthropic initiatives spearheaded by corporate foundations. These efforts reflect the private sector’s willingness to participate in the global effort to strengthen the cultural dimension of sustainable development, and should thus be further encouraged by adapted metrics and standards that enable companies to better showcase their actions.

Read brief and join project
Information sharing Space for dialogue
Share:
We use cookies on our website to give you the most relevant experience by remembering your preferences and repeat visits. By clicking “Accept”, you consent to the use of all the cookies.
Privacy PolicyAccept
Manage consent