Find MEPs and administrators in charge of culture in external relations.

Who advises the President of the Parliament on culture

Who in Parliament is leading on culture & EU foreign policy?

Who champions culture in the Parliament

Find MEPs leading on culture & development
< Back to Who's who
We use cookies on our website to give you the most relevant experience by remembering your preferences and repeat visits. By clicking “Accept”, you consent to the use of all the cookies.
Privacy PolicyAccept
Manage consent

We are working to add contacts in the Cabinet of the next President of the European Parliament.

We are working to add contacts in the European Parliament’s administration.

We are working to add contacts in the AFET committee. 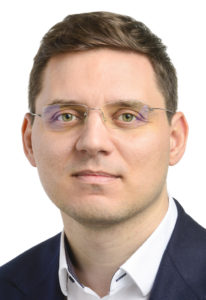 Victor Negrescu is a Member of the European Parliament, Vice-President of the Committee on Culture and Education (CULT), being part of the Group of the Progressive Alliance of Socialists and Democrats in the European Parliament. He is the MEP with the most significant pilot projects, generating in both mandates initiatives that go up to more than 60 million euros in the fields of education, health, digitalization, entrepreneurship, culture and media.

Victor Negrescu has been an active promotor of the allocation of 2% of the National Recovery and Resilience Facilities to the cultural and creative sector, as well as 10% for quality and inclusive education. He managed to obtain in this regard the support of the Budgets Committee members and integrated that in the official position of the European Parliament.

In his activity as MEP, he strongly advocates for consistent investments in education, culture, digitalization and youth, by Member States and the European Commission. Moreover, he constantly promoted cultural initiatives at European and national level, one example in this regard being the creation in Romania during the COVID-19 pandemic of an online platform for culture that offers information on cultural activities, solutions, events and projects available in digital formats.

As Romanian Minister Delegate for European Affairs in 2017-2018, Victor Negrescu was responsible for the preparations for the Presidency of the European Council, highlighting consistently the importance of the cultural and creative sector for Europe. Prior to this, he was a Member of the European Parliament, winning in 2015 the title of MEP of the Year for the Digital Agenda, being also ranked in the top 5 most active Romanian MEPs of the period 2014 – 2019. He was also the youngest Romanian MEP elected in May of 2014.

Victor Negrescu holds an MBA in executive business, a PhD in development cooperation and has accomplished several education programs in prestigious Romanian and international universities and education institutions. In 2009 he started teaching at the Dimitrie Cantemir Christian University in Bucharest and since 2012 he is a lecturer at the National School of Political Science and Public Administration (SNSPA), where he has developed a Master’s programme in English on Development, International Cooperation and Humanitarian Aid, as well as two research centres – the Institute for International Cooperation and Development and the Institute for Global Digital Policies. In the same time, he is currently teaching at the University of Saint Louis Brussels. He was also Vice-Rector of SNSPA in 2019, the main responsibility being the coordination of projects and activities aimed at developing the European profile of the university.

We are working to add contacts in the DEVE committee.