Advisers to the Commission President on culture

Linking digital & culture globally
< Back to Who's who
We use cookies on our website to give you the most relevant experience by remembering your preferences and repeat visits. By clicking “Accept”, you consent to the use of all the cookies.
Privacy PolicyAccept
Manage consent

Themis Christophidou is the Director-General for Education, Youth, Sport and Culture of the European Commission, since March 2018. She is a civil engineer with 33 years of experience in private and public sector management. After having worked in the private sector for 15 years, she joined the European Commission in 2001. Having held various positions in the Directorate-General for Regional and Urban Policy, she worked as Deputy Head of Cabinet of Androulla Vassiliou, Commissioner for Education, Culture, Multilingualism, Youth and Sport in 2010-11. From 2011 to 2014, Themis Christophidou was the Head of Cabinet of Maria Damanaki, Commissioner for Maritime Affairs and Fisheries, and from 2014 to 2018, she was the Head of Cabinet of Christos Stylianides, Commissioner for Humanitarian Aid and Crisis Management.

Themis Christophidou is an alumna of the civil engineering faculty of the Metsovio Polytechnic University of Athens, specialised in transport infrastructure and urban transport. Born in Famagusta, Cyprus, she is trilingual Greek, French, English.

Something special about Viviane:

Tamas previously worked as Head of Representation of the European Commission in Hungary, Director for Strategy in DG COMM, and Head of Cabinet for two Commissioners in the Prodi and Barroso Commissions.
Between September 2016 and June 2017, Tamas was EU fellow at the European University Institute in Florence, carrying out research on The Transformative Power of Culture in Creating a More Inclusive EU. He was then Principal Advisor at DG EAC.
As a diplomat he was the coordinator of Hungary’s Accession Negotiations and its first “Antici” official. He is the author and editor of several books and specialist publications on European integration, studied law, political science and aesthetics in Budapest and Oxford. 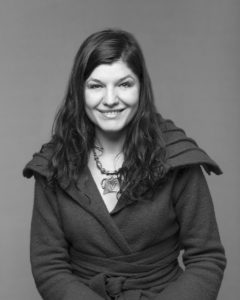 Something special about her: Monica is particularly interested in links with cultural institutions, artists and creative professionals. She does her best to bridge their worlds with the world of international cultural policy. 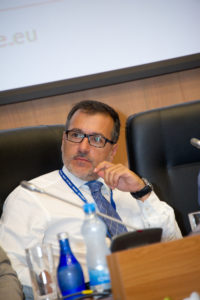 He joined the European Commission in 1987 to serve as an interpreter of conferences and later on as a desk officer in the Directorate General for Agriculture. Between 1987 and 2014, he occupied several positions at the Directorate General Education, Youth, Sport and Culture, namely in the fields of Sport and Communication, where he planned and launched the communication campaign for the current Erasmus+ and Creative Europe programmes.
As Deputy Head of the Creative Europe Unit, he is responsible for the management and implementation of the ongoing Creative Europe Programme and the preparation of the future Creative Europe covering the period 2021-2027. In 2018 he took responsibility to design and launch i-Portunus, the first ever EU mobility scheme for artists and culture professionals.
In 2014 he moved to Qatar to work in an NGO, where he designed and implemented international social innovation projects, namely in the Middle East and in Latin America regions. Amongst his achievements during that period, he introduced the practice and educational use of blind football in Qatar, and implemented an international programme promoting sport diplomacy, namely as a tool for peace and conflict resolution. 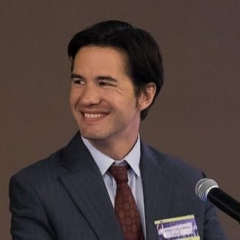 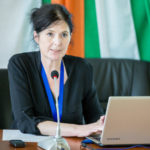 Something special about her: She has been working with Africa now since 2009, a continent that considers culture as key to peace, dialogue, growth and prosperity. Culture is cross-cutting and a fundamental pillar of cooperation. 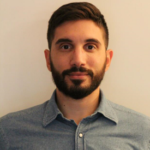 An alumnus of Athens University and College of Europe, Christos has been active in the field of EU’s international relations for the past 10 years.
After previous posts within the European Commission (DG NEAR), the European Council and private consulting organisations, he is currently working for DG EAC: initially for the Youth and Solidarity Unit and since September 2020 for the DG’s International Cooperation team.
Formerly a youth organisation volunteer, an Erasmus exchange student and an amateur theatre actor to date, he really believes in the transformative synergies between education and culture especially for young people, as well as in the EU’s soft power in this field.

Director for the Directorate C – Innovation, Digital Education and International Cooperation at the European Commission

Antoaneta Angelova-Krasteva has been Director for Innovation, International Cooperation and Sport at DG EAC from 2016 to end of 2020, when the Directorate’s files have partly changed due to a reorganization of the Directorate of Education and Culture. Her main activities relate to the areas of education, academic and business cooperation, research and innovation, sport. Her Directorate is responsible for managing the international cooperation in education and training, youth and research and the international dimension of programmes, such as Creative Europe, Erasmus+, European Solidarity Corps, and Horizon 2020.
Antoaneta joined the European Commission in 2008. She has occupied various management and expert positions across the Commission and dealt with a wide range of topics such as external relations and enlargement, internal security and police cooperation, cyber security, stakeholder relations and international affairs. Prior to entering the European Commission, Antoaneta worked as a Bulgarian diplomat in Brussels for five years.
She is a graduate in political science of Sofia University, with training and qualifications in European studies from Germany (Wissenschaftszentrum Berlin für Sozialforschung) and the UK (Sussex University). 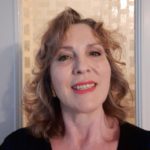 Mrs. Skikos has worked over twenty years for the European Commission in various departments including those responsible for Research, Education and Culture. For ten years, she was a key Policy Officer in the unit responsible for International Cooperation within the Directorate-General for Education and Culture. In that role, she has advised ministries and institutions in most countries neighboring the EU, on educational reforms to support their strategies for development. She also assisted them to successfully participate in relevant EU programmes such as Erasmus+, Creative Europe and Horizon 2020.
Since the beginning of 2019, Helene has been working in the area of culture and the Creative Europe programme. She is responsible for two areas in particular: the mobility of artists and international cultural cooperation. To this end, she is steering the development of an “Erasmus-like” mobility scheme for artists and cultural professionals, called i-Portunus. Helene is also looking into targeted actions for cultural cooperation between the EU and various regions of the world, within the international dimension of the Creative Europe programme. She is now preparing the participation of non-EU countries in its new phase for the period of 2021-2027.

We are working to add contacts in charge of external cultural action in the new European Commission President’s cabinet.

We are working to add key contacts in FPI focusing on culture-related dimensions of EU foreign policy. 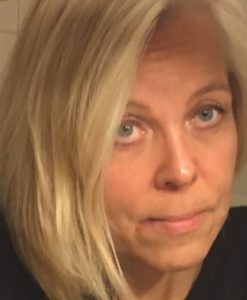 Some special about Annica: She believes that the power of culture generally receives limited acknowledgement in development although culture is omnipresent and influences the impact of actions – also in other sectors – whether one is aware or not. It is necessary to remain committed to ensuring culture takes it proper place in development cooperation! 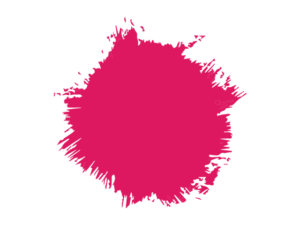 Something special about Mariarosa: As former Contract Agent of the European Commission (in DG ECHO and DG DEVCO), my expertise (academic background in Social Sciences, Education&Training, Project Management together with 17 years of experience as project/programme manager and learning designer) has led  me to create a specific methodological  programme for the European Commission/DG DEVCO: ” Intercultural Approach Programme (InCA)” . It aims at developing a cultural diversity awareness and hence promoting the use of an “intercultrual approach” as methdological support for development effectivenness and results of the EU external interventions: improved collaboration, better mutual understand, innovative partnership with the Partner Countries. Currently the coordinator of the InCA programme on behalf of the EC/DG DEVCO/Unit 04 (intramuros expert).

We are working to add contacts in DG NEAR dealing with international cultural relations.

We are working to add contacts in DG CONNECT dealing with international cultural relations.