Member States Who's who

Figure out where EU Member States discuss international cultural relations.
< Back to Who's who
We use cookies on our website to give you the most relevant experience by remembering your preferences and repeat visits. By clicking “Accept”, you consent to the use of all the cookies.
Privacy PolicyAccept
Manage consent

Each Member State has a Permanent Representation to the EU (check their individual websites and directories), with dedicated advisors on international cultural relations.

We hope that in the future we will be able to provide you with the full information on each Member State’s Brussels-based advisor on international cultural relations.

EUNIC (European Union National Institutes for Culture) is the European network of organisations engaging in cultural relations. It brings to life European cultural collaboration in more than 90 countries worldwide with a network of over 120 clusters, drawing on the broad experience of members from all EU Member States and associate countries. EUNIC advocates a prominent role of culture in international relations and is a strategic partner of the EU, actively involved in the further definition of European cultural policy. EUNIC is also a platform for knowledge sharing and for capacity building amongst its members and partners. The EUNIC office is the secretariat of the EUNIC network, based in Brussels. 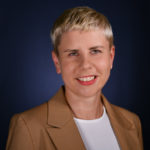 Something special about her: Gitte Zschoch became Director of EUNIC in 2018. Previously, she was the founding director of the Goethe-Institut’s branch in Kinshasa (Democratic Republic of the Congo) and has held different roles for the Goethe-Institut in Seoul, Tokyo, Johannesburg, and in the Munich main office, where she was Deputy Head of Communications. She formerly worked as an independent cultural manager and writer with a focus on visual arts and literature. She holds an MA in Modern Korean Literature from Seoul National University and a BA in Comparative Literature from Ludwig-Maximilians-Universität in Munich.

The EUNIC Brussels cluster is the branch of the EUNIC network servicing Brussels and Belgium. 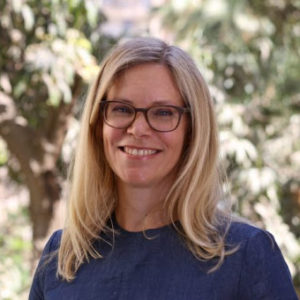 Dr. Elke Kaschl Mohni took office as Regional Director of the Goethe-Institut for South West Europe and as EU Delegate for the Goethe-Institut in Brussels in July 2019. She has been with the Goethe-Institut since 2004, holding positions as Regional Director Middle East/North Africa in Cairo (2016-19) and Head of Strategy in Munich headquarters (2012-16) as well as directing the institutes in Addis Ababa, Ethiopia (2009-12), and Abu Dhabi, United Arab Emirates (2005-09). She graduated with a PhD in Middle Eastern Studies from the University of Berne, Switzerland with a thesis on “Dance and Authenticity in Israel and Palestine: Performing the Nation”. Her MA is in Contemporary Arab Studies from Georgetown University, Washington DC, with a focus on politics and cultural studies. Throughout her work with the Goethe-Institut, Elke Kaschl Mohni has maintained a strong interest in supporting trans-cultural co-creation across the Mediterranean region as a powerful trigger for creativity, innovation and mutual learning. 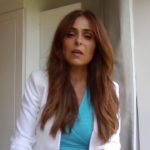 Ana Vázquez Barrado is a History of Art graduate (Universidad de Zaragoza, Spain) and, postgraduated in Conservation of Cultural Heritage (Pontifica Università Gregoriana di Roma), and in Social Science Didactics (Instituto de Pedagogía, Universidad de Zaragoza, Spain). She has a European Master’s Degree in Management and Mediation of European Cultural Heritage (Magister Program of the European Union co-master UNED, Università di Calabria, Université Rennes II), a Master’s Degree in Italian-Spanish Translation (Universidad Complutense de Madrid, Spain). Also, She’s Expert in Direction and Management of Cultural Organizations and Institutions (Business School Instituto Superior de Arte de Madrid, Spain).
She is the current Executive Director of Instituto Cervantes of Brussels, and the General Coordinator of Instituto Cervantes in BENELUX. Before, She has been Cultural Director at the Instituto Cervantes in New York (U.S.A.) Rabat (Morocco), and Rome (Italy). Until joining the Cervantes Institute, she was a researcher at the Istituto per gli Studi Storici Benedetto Croce in Naples and at the Spanish Royal Academy of History, Archaeology and Fine Arts in Rome, a collaborator at the Biblioteca degli Scrittori in Rome and the Archivio Romanum Societatis Iesu in the same city, and a teacher of Italian language at the University of Zaragoza and of Social Sciences at the High School. She worked in the Department of Culture of the City of Zaragoza (Spain) and at the Heritage Department of the Diputación General de Aragón (Spain).
In the last years she was an advisor in the drafting of the Plan of External Action for Cultural Centers and responsible of the Areas of Content of Exhibitions and Educational Actions of the State Society for the International Exposition of Zaragoza 2008.