We use cookies on our website to give you the most relevant experience by remembering your preferences and repeat visits. By clicking “Accept”, you consent to the use of all the cookies.
Privacy PolicyAccept
Manage consent

This website uses cookies to improve your experience while you navigate through the website. Out of these, the cookies that are categorized as necessary are stored on your browser as they are essential for the working of basic functionalities of the website. We also use third-party cookies that help us analyze and understand how you use this website. These cookies will be stored in your browser only with your consent. You also have the option to opt-out of these cookies. But opting out of some of these cookies may affect your browsing experience.
Necessary Toujours activé
Necessary cookies are absolutely essential for the website to function properly. This category only includes cookies that ensures basic functionalities and security features of the website. These cookies do not store any personal information.
Non-necessary
Any cookies that may not be particularly necessary for the website to function and is used specifically to collect user personal data via analytics, ads, other embedded contents are termed as non-necessary cookies. It is mandatory to procure user consent prior to running these cookies on your website.
Enregistrer & appliquer 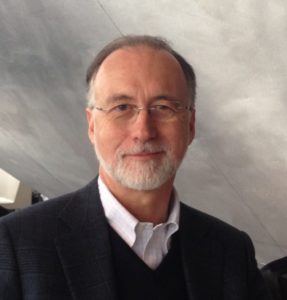 Diego Marani is an interpreter by training and graduated at the University of Trieste in 1983. He is an EU official since 1985. First working at the Council of Ministers, in 2006 he joined the Directorate General for Culture of the European Commission where he was in charge of the policy of multilingualism. In this position he dealt with issues such as literary translation, early language learning and the New Narrative for Europe initiative with President Barroso. In 2014 he was appointed advisor to the Italian Culture Minister and dealt with European affairs under the Italian Presidency of the E.U.

In 2015 Diego Marani joined the European External Action Service where he is Cultural policy coordinator. In this position Diego Marani  co-drafted the Communication “Towards an EU strategy in international cultural relations” and conceived the EU-Western Balkans Cultural Heritage Route, implemented by EU Delegations in the region.

Diego Marani is also a columnist and a writer, author of many novels, among which the prize-winning “New Finnish Grammar”, translated in 15 languages. He is the inventor of the mock-language Europanto in which he has published the collection of short stories “Las adventuras des Inspector Cabillot” and articles in several European newspapers. He writes columns on cultural matters for several Italian newspapers and keeps a blog in the European website eunews.it 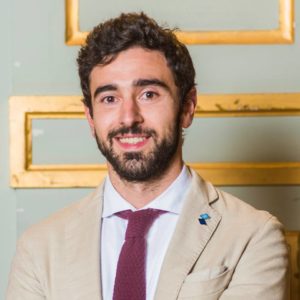